The worst thing a homeowner can do in a foreclosure case is nothing.

The second-worst thing is coming to court unprepared. 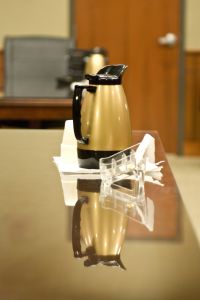 prove that the bank didn’t properly record successive transfers of control of the loan. This was a widespread problem during the housing bubble, and it is the grounds on which some homeowners are now challenging Miami foreclosures. However, they won’t get far unless they can be very specific in presenting evidence of errors, omissions or fraudulent records or signatures.

Borrowers attacking the validity of the foreclosure proceedings on the basis of alleged defects in the chain of title or mortgage note – that is, the sequence of historical transfers of title to a property – must be especially meticulous. As the recent case of Espeland v. OneWest Bank, FSB reveals, homeowners can’t afford to come to the table unprepared, without proof of defects. This might include evidence of omissions, errors or fraudulent records or signatures. It’s not enough to assert that rapid, multiple transfers made these problems inevitable, even if that’s the truth. The errors have to be proven in court.

The Espeland case started in 2005, shortly after the origination of the loan. The original mortgage servicer transferred all its rights to another company, IndyMac Bank. Shortly after, IndyMac and Deutsche Bank National Trust Co. signed a pooling and servicing agreement that securitized the mortgage. This resulted in the promissory note and beneficial interest being sold to Deutsche Bank. Still, IndyMac continued to be the servicing agent.

In late 2008, the borrowers ceased making payments. IndyMac informed the borrowers they were in default. Unsuccessful attempts to negotiate a loan modification followed. Records indicate the couple was unable to make even a portion of their monthly payments.

The couple then requested from IndyMac all documents pertaining to the loan origination, an explanation of how all payments were applied and the names and contact information for any investors or brokers that bought the securitized loan, as well as the agreements signed and assignments made. The bank responded by giving them a payment history, but refused to provide the rest, asserting that the request went far beyond what it was required to send.

Later IndyMac, which was distressed, ended up with all of its assets sold to OneWest Bank.

OneWest then initiated foreclosure proceedings against the borrowers. These proceedings were postponed three times, but the foreclosure was eventually processed and the home re-purchased for $650,000. At the time, one bank held the promissory note and beneficial interest, another held the nominal beneficial interest and another served as the servicing agent. There was also a separate trustee.

Following the sale, the homeowners amended the initial complaint to assert defects in the chain of title, which they asserted invalidated the foreclosure. Further, the couple asserted that the bank had violated the law by not fully responding to the couple’s initial request for information.

Summary judgment, however, was granted to the bank. In reviewing the decision, the Alaska Supreme Court pointed out that there were no proven defects in the chain of title. With regard to the allegation that the bank had broken the law, the court deemed this to be an administrative claims process, and the homeowners had failed to exhaust all other potential remedies first.

The court indicated that if the homeowners’ allegations against the bank were true, it would constitute mortgage fraud. There is no question that banks perpetuated mass fraud in their foreclosure dealings. The problem in this case is that these particular homeowners failed to prove it by a standard of clear and convincing evidence.

For more information on fighting a Miami foreclosure, contact The Neustein Law Group PA at (305) 531-2525.