In a decision that could impact future filings in other jurisdictions, the Minnesota Supreme Court has ruled that an individual has standing to bring a claim against a 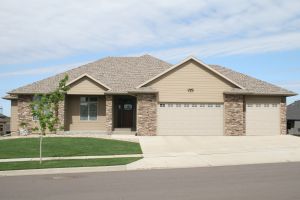 mortgage servicer for violations of the federal Home Affordable Modification Program.
Earlier rulings in the case of Gretsch v. Vantium Capital, Inc. >held that the individual borrower lacked standing to file a claim because the HAMP agreement was between the government-backed Fannie Mae and the mortgage servicer. However, in its ruling, the Minnesota Supreme Court found that state law allows borrowers injured by mortgage servicer violations of the standards, duties, prohibitions and requirements may seek remedy in the form of a civil lawsuit.

Miami foreclosure lawyers recognize this ruling as important because it means those similarly situated in Florida may be able to bring similar action against abusive mortgage servicers.

To fully understand the court’s decision, we must first explain HAMP. Back in 2008, as the housing market crisis was first apparent, Congress authorized as part of the Emergency Economic Stabilization Act of 2008 the Making Home Affordable Program, which includes the Home Affordable Modification Program. This is codified in 12 U.S.C. 5211, 5219 (2012).

Under the HAMP program, non-government entities could voluntarily enter a servicers participation agreement with the federal government through Fannie Mae. This would allow those participating mortgage servicers to receive financial incentives for modifying a mortgage. The idea was to keep people in their homes and help them avoid foreclosure.

The servicer agreement required that participants follow HAMP program guidelines and directives. Some of those include requirements for the servicer to consider modification requests within 30 days. During that time frame, the servicer would not be allowed to refer the matter for foreclosure or proceed with an existing foreclosure.
So this brings us to the Gretsch case.

The homeowner purchased her home in 2006. The rights to service the mortgage were subsequently transferred several times.

In 2008, the year she lost her job, it was with CitiMortage. The following year, the bank granted her a loan extension and the year after that granted a forbearance and a restructured payment plan.

However, in 2010, the servicing rights were purchased by Acqura. A few months earlier, Acqura had entered into a servicing agreement with Fannie Mae under HAMP. Still, the loan company after three payments informed the homeowner it would no longer accept her repayment plan.

The homeowner says she was eligible for HAMP relief and continued to request a loan modification. Her pleas, she says, were either ignored or denied without notice or explanation. She says the servicer then commenced foreclosure proceedings without performing any of the necessary requirements under HAMP.

She filed what became a class action lawsuit, alleging violations of state consumer protection laws, as well as federal laws.

The mortgage servicer moved to dismiss because it argued HAMP didn’t create a private right of action because the servicing agreement didn’t give rise to third-party beneficiary claims. There could be no breach of contract, the servicer argued, because the homeowner hadn’t been a party to the servicing contract with Fannie Mae.

The lower courts agreed. The homeowner appealed. The court found that based on the plain language of the law, the homeowner had adequate standing to file her lawsuit. The case will be allowed to proceed.

For more information on fighting a Miami foreclosure, contact The Neustein Law Group PA at (305) 531-2525.