One of the best ways to fight off a foreclosure is to stop it before it’s ever filed.
Foreclosure filings are initiated for non-payment of the mortgage. But the reasons 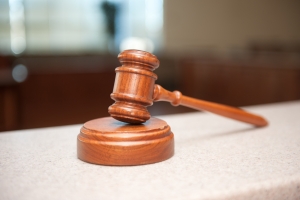 behind the default are varied. It’s not always a matter of an inability to pay. In some cases, the foreclosure proceeding is initiated following disputes over escrow, property taxes, force-placed insurance or even homeowner association disagreements.
Our Miami foreclosure defense lawyers recognize that addressing these issues promptly and properly can prevent a case from reaching the foreclosure stage. The recent case of JPMorgan Chase Bank v. Skoda, reviewed by the North Dakota Supreme Court, illustrates the point.
Here, according to court records, the dispute arose shortly after the mortgage was re-assigned from one lender to another, the latter being JPMorgan Chase. That mortgage included several provisions for payment of principal, interest and payment in escrow for property taxes.
However, the homeowner continued to make payments as he had to the previous lender. Those payments were light roughly $170 a month in escrow for the property taxes, as had been stipulated under the mortgage provision. But the reason the homeowner didn’t pay was because he had already paid his property taxes on his own.
Despite this fact, the bank refused to accept the borrower’s reduced payments. Soon after, the bank issued notices of intent to foreclose on the property on the basis that the homeowner had defaulted on the promissory note by failing to pay the full monthly installments due under the mortgage provisions.
There was some back-and-forth between the two parties in court, but in the end, the homeowner failed to formally deny the bank’s claim or raise any issue of genuine fact that would prevent the summary judgment from being entered in the bank’s favor. This was despite being granted an extension to do so. For this reason, the court granted the bank the summary judgment it requested, effectively foreclosing on the home.
The homeowner appealed, arguing the grant of summary judgment was improper because of material facts in the case. Specifically, he contended that the bank had no right to collect escrow for the property tax because the previous mortgage holder had waived that right and he had paid the taxes directly. He sent full principle and interest payments, and therefore, he argued, the bank had no right to request a foreclosure.
He further alleged that the bank had violated the Fair Credit Reporting Act because it had reported him to the credit bureaus as having a delinquent payment history, despite the fact that it was the bank’s decision to stop accepting his payments.
However, in reviewing the claim, the state supreme court found no reversible error. The homeowner didn’t formally dispute the bank’s claims, giving him little recourse to appeal the issue. Further, with regard to his claim of FCRA violations, the homeowner didn’t provide any evidence that the bank had reported him as having a delinquent payment history. It may very well have been true, but the homeowner had failed to assert his rights to prove it in court.
This case shows how a very simple legal matter snowballed into a foreclosure that cost a homeowner his property because he failed to seek experienced legal advice in a timely fashion.
For more information on fighting a Miami foreclosure, contact The Neustein Law Group PA at (305) 531-2525.