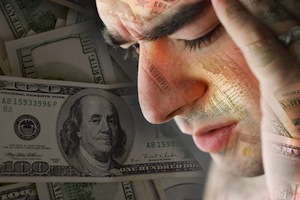 The federal laws on bankruptcy are designed to help people who can’t pay their creditors, allowing them to erase their debts and reclaim their financial lives. Bankruptcy can also give people a longer period of time to pay their debts without being hassled by creditors.

People who are making money but can’t pay their bills and debts might want to consider filing Chapter 13 bankruptcy, because it buys time to pay bills under an affordable repayment program.

With this type of bankruptcy, sometimes called a “wage earner’s plan” a person who declares bankruptcy is allowed to pay off or partially pay their debts over time and at a rate they can afford while staving off the collection efforts of their creditors.

The range of the repayment plan is typically three or five years, depending on your income. Once a person files a petition for Bankruptcy under Chapter 13 of the U.S. Bankruptcy Code, collection calls should stop as will most garnishments of wages and any foreclosure proceedings.

A Trustee is appointed who will sort out your debts and help determine who is owed. A Trustee will hold meetings between the person (or couple) who files the Chapter 13 bankruptcy and representatives of the companies or individuals who are named as creditors. This meeting will help determine how much the person owes, how much he or she can pay back and in what time frame.

After the creditors meeting, there is a court hearing on the repayment plan. Under the plan, the person makes payments to the Trustee – usually every other week or once a month. The Trustee pays the creditors according to the plan which could be for less than the money they are owed. Debts such as taxes or the costs of the bankruptcy proceedings are called “priority debts,” and are therefore paid first. Next are “secured debts” which have property (a car, land, etc.) as collateral. And the last in line are unsecured debts like store credit cards.

People without regular income should consider Chapter 7 Bankruptcy. In that type of bankruptcy debts may be completely discharged – meaning the person will never be held responsible for paying borrowed money back. Each person’s financial situation determines what type of bankruptcy filing is best suited for their situation.