More Than Just The Lender May Be After Your Property 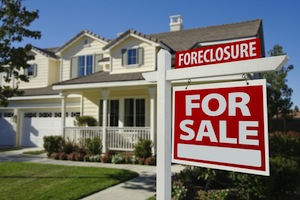 It is hard to open a newspaper or turn on the television news without learning how serious the foreclosure problem has become in this country, and particularly in Florida, considered by most to be the hotbed of real estate foreclosures.

Foreclosures have placed enormous financial pressure on condominium and homeowner’s associations, which are playing tough in an effort to get their money. And, in some cases, may even initiate foreclosure actions against a homeowner or even the bank.

Under Florida law, a homeowner or condominium association has the legal right to sue for foreclosure on a property whose owner has failed to keep up with their monthly dues, fees and special assessments. Homeowners associations, (HOA), condo associations, or even community or neighborhood associations, are beginning to exercise their legal muscle in an attempt to recoup revenues lost by those who are no longer paying their association fees.

Many people have been backed into a financial corner in recent years, finding it necessary to decide between paying their mortgage payment or their other bills, including HOA fees. The ones that have opted to remain current on their mortgage installments, thinking that they would not be foreclosed on as a result of not paying their association fees, have often had a rude awakening. Associations and their boards of directors are finding out that the only way they will ever have any chance of recovering some or all of their past-due revenue is to file a foreclosure lawsuit against the property owner.

Generally, an association that forecloses on a property is doing so as a last resort. They most likely have made extensive efforts to work with the owner to make arrangements for some form of payment option, understanding the burden of the current economic climate. But, while it may be true that an association can be more lenient than a bank when it comes to satisfying past due payments, the reality is that associations have begun forcing properties into foreclosure.

Such cases are frequently the result of a slow-moving bank or mortgage company. The bank may file the necessary papers, but doesn’t exactly jump at the chance to regain ownership of the house or condominium. They are not in the real estate business, after all, and with the current state of the real estate resale market, they realize that it will be next to impossible to market the property and even reach a break-even point financially.

The bank’s inaction creates a snowball effect for the property’s homeowners or condo association. When an owner realizes they are in foreclosure, they stop making any effort to pay their monthly payment, so feel it makes little sense to pay their association fees, as well. A foreclosure can take months, if not years, to come to culmination, which means the unpaid association fees simply keep adding up.

However, under current Florida statutes, recovering the total amount in arrears is unlikely. There is a limit that lenders are required to pay – either 12 months of overdue fees on a single-family property, 6 months worth for a condominium, or 1% of the total mortgage amount, whichever is less.

Still, many see this as a landmark legal strategy in the effort to force lenders to act more responsibly in their foreclosure proceedings, and take some financial culpability for what some categorize as irresponsible lending practices during the real estate boom years. There are also efforts within the Florida legislature to enact laws that would either lift or reduce the cap limits on what a lender may be forced to pay in association fees.

Either way, aggressive moves by an unpaid HOA represent just one more hazard for homeowners who are behind in their mortgage or are facing foreclosure. If you live in a community that requires you join their homeowner or condominium association, failure to pay your monthly fees or special assessments can lead to significant financial issues and can even speed up the foreclosure process against you.