Statute of Limitations on Mortgage Enforcement—Sometimes It’s Helpful, Sometimes Not

As Florida continues to lead the nation in foreclosures, per the latest report from RealtyTrac, borrowers in default may be struck by how long th 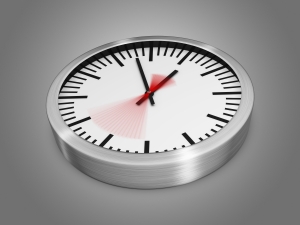 However, our Miami foreclosure lawyers know that if a bank waits too long to file, the statute of limitations could bar the claim. A decade ago, such a scenario might have been unheard of. Today, though, the glut of foreclosures in the Florida market has meant that properties are sometimes overlooked.

Laws on this issue vary from state-to-state. In Florida, the holder of a mortgage has five years from the date of default to bring either a foreclosure or bring some deficiency action. If the mortgage holder doesn’t file an action against you in that time frame, you can argue the expiration of the statute of limitations. That means even if you owe the money, a judge may find you don’t have to pay.

Those in this situation should be prepared for banks to fight vigorously – and the burden of proof will be on the borrower to show time has expired. The trick is determining the exact date of default, which is usually a point of contention in these cases.

The recent case of Evergrene Partners Inc. v. Citibank reveals how challenging these cases can be.

Here, Florida’s Fourth District Court of Appeal was tasked with weighing an appeal from the borrower, a commercial firm, where administrators argued the statute of limitations had run out on two properties owned by the company.

The trial court disagreed, and that ruling was upheld by the appellate court upon review.

According to court records, the borrower secured two mortgage notes in 2006 for the properties in question, and those mortgages were later acquired by Citibank. The borrowers subsequently defaulted on the loans, and the bank filed a lawsuit to foreclose, alleging default and moving to accelerate the owed balance.

But in May 2012, the bank filed a voluntary dismissal of the complaint. Soon after, the bank transferred the property to the borrower via quit-claim deed.

The borrower then filed a complaint in court for cancellation of the mortgage, asserting the statute of limitations had expired on enforcement of the mortgage. The bank responded with a motion to dismiss.

In siding with the bank, the appellate court cited Singleton v. Greymar Assocs. in reasoning that while a foreclosure with debt acceleration might bar another foreclosure action based on the same default event, it doesn’t prohibit subsequent actions and accelerations based on separate events of default.

The court also took note of the April 2014 decision by Florida’s Fifth District Court of Appeal in U.S. Bank National Ass’n v. Bartram, in which the court held enforcement of a mortgage wasn’t barred by an expired statute of limitations when a prior foreclosure lawsuit was involuntarily dismissed by Florida Rule of Civil Procedure 1.420, which governs action dismissals.

Still, there have been cases where this argument has been successful. Take, for example, the August 2012 case of Spencer v. EMC Mortgage Corp.,weighed by Florida’s Third District Court of Appeal.

There, a Miami-Dade woman appealed a final summary judgment of a foreclosure against her based on the fact that the defaults in payment began 13 years prior. While the trial court rejected her argument, the appellate court reversed, on the grounds that the five year statute of limitations, per Florida Statute 5.11(2)(c), barred the foreclosure action.