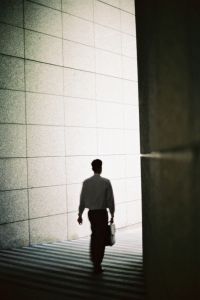 Appellate courts in Florida recently reversed a number of foreclosure actions on the grounds that the bank offered inadequate notice of default to borrowers, and thereby failed to provide them with adequate time to remedy the situation before proceeding with Florida foreclosure dismissals.

Our Miami foreclosure attorneys know in recent years Florida courts have grown increasingly strict when it comes to procedural requirements that must be met by banks, whether that is physical possession of the mortgage and note or simply adhering to statutory timelines.

Increasingly, failure of banks to provide proper notice of default is cited as a reason for dismissal of the case. We understand that while this may not permanently shut down the foreclosure process if the borrower is delinquent, it can serve to buy time because it may force the bank to refile. This gives the borrower some leverage in negotiating a reasonable home-loan modification.

One example of a recent case involving this issue is that of Haberl v. 21st Mortgage Corp., reviewed by Florida’s Fifth District Court of Appeal.

Here, the borrower appealed a summary final judgment in favor of the bank, arguing the notice of default attached to the affidavit in support of the summary judgment didn’t comply with pre-acceleration notice requirements spelled out in the mortgage. This is the portion of the mortgage agreement that allows the bank to speed up the amount of time under which full payment is due. It’s a precursor to most foreclosure actions, but borrowers have to be provided with ample notice. Usually, the deadlines are spelled out in the contract. However, it appears too often that banks aren’t reading their own fine print.

The notice of default in the Haberl case did not include information on the borrower’s right to reinstate after acceleration or the right to assert the non-existence of default (or other defenses) in the foreclosure proceeding.

The Fifth District had just reached a similar conclusion in Samaroo v. Wells Fargo in March.

More recently, Florida’s Fourth District Court of Appeal ruled similarly in Patel v. Aurora Loan Services LLC. Here, the borrowers successfully harkened back to the 2009 ruling in Frost v. Regions Bank, where the bank failed to refute the defendant’s affirmative defense of lack of notice and opportunity to cure. Essentially, the bank failed to properly notify the borrower of the impending foreclosure action and potential remedies he or she might seek to abate it.

The appellate court determined the pertinent language in the two cases was nearly identical. A similar reversal was granted in the 2013 case of Kurian v. Wells Fargo.

The court chided the bank for its approach, noting that in response to the borrower’s assertions the bank provided defendants with a letter of default dated in 2009. “Therefore, the plaintiff denies this affirmative defense, and demands strict proof thereof.” The court indicated that this “bare, ‘because I said so’ allegation” was the extent to which the plaintiff sought to refute the borrower’s affirmative defense. In fact, the alleged default letter was never submitted to the appellate court.

Based on this, the court determined the bank hadn’t sufficiently established that there was no genuine issue of material fact regarding its lack of adequate notice and borrower opportunity to cure. Therefore, the final judgment in favor of the bank was reversed and remanded.

Foreclosure cases are often more complex than they appear. An experienced foreclosure lawyer can help you determine the best strategy to fight back.