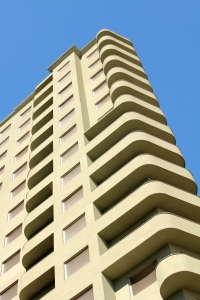 Homeowner’s associations in Florida have been a great deal of legal power to impose strict rules on property owners. They also have the muscle to force homeowners into foreclosure when assessments aren’t paid on time.

Our Miami foreclosure lawyers want to stress the importance of seeking experienced legal counsel when dealing with homeowner’s associations. There may first be the opportunity to negotiate a settlement with the association to pay a reduced amount, allowing the owner to avoid foreclosure. Alternatively, a good attorney can help ensure the amount you are ordered to pay is actually in line with what you owe.

In the recent case of Diwakar v. Montecito, Florida’s Fourth District Court of Appeal sided with the homeowner on two of six points of contention, following a final judgment of foreclosure and award of attorneys’ fees and costs to her homeowners’ association.

Although the homeowner raised numerous issues on appeal, the two with which the appellate panel found merit were an alleged error in the award of attorneys’ fees, absent any substantial evidence to support the amount, and a judgment for delinquent monthly maintenance that was roughly $8,000 more than what the evidence on record supported.

The appellate panel agreed on both points, reversing the trial court on these matters and remanding for further action.

The fact that the homeowner was significantly behind on her assessments was not at issue. The question was by how much, and further how much it cost the association to recoup its losses.

At trial, the association offered testimony of a single paralegal who worked for its contracted attorney to give an accounting of the legal fees. This paralegal had prepared the account history, and indicated legal fees on the defendant’s account totaled nearly $46,000. Although the account history paperwork entered into evidence indicates dates of billing and amounts, there was no detailed information given as to how the fees were incurred. However, testimony from the paralegal indicated the attorneys’ fees charged to the account were $41,000.

The homeowner said neither of these amounts were accurate or supported by the evidence.

With regard to the attorneys’ fees, the standard the court uses is whether the amount stated is supported by “substantial, competent evidence,” with the inclusion of a reasonable number of hours and a reasonable hourly rate for the kind of litigation. Plus, it has to be supported by expert evidence, which usually includes testimony from the lawyer who performed the services.

In this case, the appellate panel ruled the association failed to offer any evidence regarding the reasonableness of fees. Even though a fees expert was listed on the pre-trial witness list submitted to the court, the only evidence in this regard referenced a fraction of the work, with very little detail.

Secondly, with regard to the amount of the delinquent assessments, the appellate court scoured the record, and could only find the amount she owed for assessments to be $12,300. Even if there were a few additional assessments tacked on while the trial was pending, the amount could not have reached more than $14,000. The court found no justification for the association’s assertion that she owed $21,000.

Therefore, both rulings on these two issues were reversed, and remanded for further hearings to reach a conclusion better supported by the evidence.