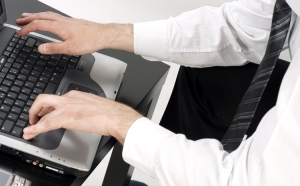 To its credit, the defense in Hunter v. Aurora Loan Services LLC readily admitted it didn’t have the appropriate records at the outset of the proceedings.

Our Miami foreclosure defense lawyers are familiar with many cases wherein the banks forged the necessary paperwork in order to push cases through the system. In fact, this was the driving force behind the “robo-signing” scandal that for years pushed Florida foreclosures through the pipeline, but ultimately brought them to a screeching halt once discovered. This was a byproduct of the frenzied real estate boom that preceded the inevitable bust. Rapid transfers were improperly recorded, and in many cases, key documents were never obtained.

While the defendant’s honesty may be appreciated by the courts, it’s not enough to win a case.

Here, the plaintiff appealed an initial victory for the mortgage loan company, which obtained a final judgment of foreclosure against him. He argued the bank lacked standing to sue for foreclosure, pointing to the trial court’s alleged reliance on evidence he said was improperly admitted under the business records exception to the hearsay rule. Specifically, this improperly-admitted evidence resulted in the trial court’s finding that the company did hold the promissory note at the time the lawsuit commenced.

The appellate court sided with the plaintiff, reversing the earlier foreclosure finding.

The loan company indicated in its filing, “Complaint to Foreclose and Enforce Lost Loan Documents” that it owned and held the promissory note and the mortgage. However, it conceded it was not in physical possession of the original documents, didn’t know where they were and had no way of obtaining them.

There was evidence presented at trial that another firm was the original owner of the note and mortgage, and that this company had later assigned both to the new loan service. Among these records were computer-generated documents indicating that the borrower’s loan was sold to the new bank, that payment in full was received and that the physical note and mortgage were mailed (though it is not clear where).

The appellate court determined that admission of these records amounted to hearsay. No one from the original loan company was called to testify regarding personal knowledge of the transfer of the note and mortgage.

Those seeking a business records exception to the hearsay rule have to show that all of the following is true:

The employee who testified as to the authenticity of the documents neither worked at the original loan company nor had any firsthand knowledge of their creation. He was unable to substantiate much of the necessary criteria to allow a business record exception.

Because the error was not harmless, the judgment was reversed, and the case was remanded to address the borrower’s counterclaim.