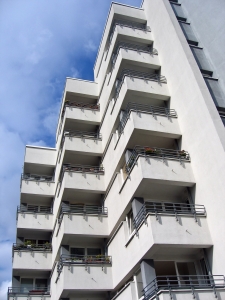 Those who reside in a condominium, townhome or house that belongs to a common interest community typically are required to pay assessments and dues to a homeowners’ association, in addition to the mortgage. Miami foreclosure defense attorneys know if a homeowner goes into default on these HOA dues, the homeowners’ association has the right to initiate a lien that could result in foreclosure. In some cases, the HOA can even file its own foreclosure.

The recent case of U.S. Bank National Association v. Bevans stems from one such action, which led the bank wrangling with an investment firm over rights to the property.

But it started with foreclosures initiated by both the condo association and the bank.

In 2007, the borrower took out a loan in order to purchase the residence. She executed a note and mortgage, and the mortgage was recorded three months after the sale and then assigned to the bank.

Not long after, the borrower stopped making payments on both her mortgage and her HOA fees.

The following year, the association filed for foreclosure. In that action, the bank was not named as a defendant. A final judgment was issued in favor of the association in Palm Residence of S. Beach Condo. Ass’n v. Bevans, in Florida’s 11thCircuit.

In early 2011, the bank filed for foreclosure on the property. The following month, the association’s judicial sale, based on the earlier foreclosure, took place. An investor purchased the subject property, and then re-sold it to another investor by quit-claim deed.

Meanwhile, the trial court issued a foreclosure judgment in favor of the bank.

However, the investor held the legal title to the subject property, as the bank had earlier failed to record a notice of lis pendens, though it did name the association as a defendant in the action.

The investor claimed the bank’s interest wasn’t properly recorded, and therefore the bank forfeited its interest in the property. Initially, this argument was accepted by the trial court, but it was later reversed and remanded by Florida’s Third District Court of Appeals.

At this point, the matter no longer concerns the borrower, but the entire case might have been avoided had the homeowner sought alternatives to foreclosure in the first place.

The law in Florida (specifically FL Statute 720.3085(4)) holds that an HOA is barred from filing a lien on a property unless it first supplies the homeowner with a written demand to pay, which allows a minimum of 45 days to cover all amounts due. A COA (or condominium owners’ association) has 30 days.

One of the worst things homeowners do at this point is ignore these notices. Even if you don’t have the money to pay upfront, many association owners may be open to fair negotiation. It is to their advantage to keep homeowners in their properties, covering maintenance and repair costs.

If a homeowner responds to this notice before the deadline with full payment (or perhaps a negotiated settlement), there is a strong possibility he or she will not be slapped with the association’s attorneys’ fees and costs, which they otherwise might have to pay.

There is also a statute of limitations during which COA and HOA lien actions can be enforced – one year from the date on which they are recorded.

If you have questions about these liens or a pending foreclosure and how to avoid it, contact our offices.