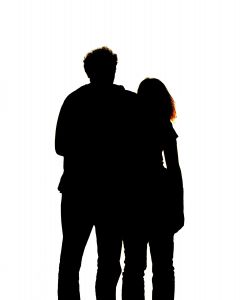 Banks that seek to foreclose on a property must give homeowners proper notice of default before initiating and concluding the foreclosure process.

In the recent case of Samaroo v. Wells Fargo Bank, the Fifth District Court of Appeal of Florida ruled that a bank failed to give a notice of default that complied with the mortgage contract.

Experienced Miami foreclosure lawyers know that an acceleration clause grants the lender the right to assert the entire loan balance is due immediately. The original schedule of payments is therefore accelerated. So for example, let’s say you have a 30-year loan at a fixed interest rate that structures your payments in such a way that allows for pay off in 30 years. Five years into the loan, you can’t keep up with the payments and default. The acceleration clause allows the lender to declare that your remaining mortgage balance, due previously over the course of the next 25 years, is suddenly due right away.

The reason this clause is important to lenders is that, without it, borrowers could cure a default and stop a foreclosure by simply paying the past due amount.

So most mortgage servicers have an acceleration clause – but they have to provide homeowners proper notice before they initiate it.

In the Samaroo case, the court found that the bank did not comply.

Initially, the trial court granted the bank’s motion for summary judgment foreclosure. However, the homeowners appealed this ruling with a host of defenses. The court rejected all but one: the failure to abide by the notice requirements as set forth in the mortgage contract.

Wells Fargo refuted the homeowners’ assertion by pointing to a default letter it submitted prior to the foreclosure action. But the Fifth Circuit panel determined that the letter was clearly not in compliance with the notice requirements spelled out in the contract.

Specifically, the letter did not inform the homeowners of their reinstatement rights following acceleration. Instead, it tells the borrowers that the bank’s acceptance of one or more payments for less than the amount required wasn’t sufficient to reinstate their loan or waive acceleration. The court ruled this statement doesn’t serve to notify borrowers have a right to reinstate after the acceleration.

The bank then argued it had substantially complied with the contractual notice requirements. However, the court rejected this argument. Instead, the court ruled, the bank had “simply failed” in its duty to submit proper notice. Therefore, the summary judgment in favor of the bank was reversed and the case was remanded back to the lower court.