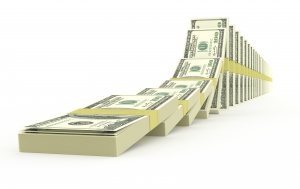 A growing number of recent Florida foreclosure cases have been voluntarily dismissed by banks, often in lieu of alternatives to foreclosure.

Our Miami foreclosure attorneys know this does not necessarily mean the ordeal is completely over. If the bank voluntarily dismisses the case without prejudice, the claim could be filed again at a later date.

But that doesn’t mean you should be stuck paying legal fees incurred defending yourself. In some cases, Florida law allows you to recover attorney’s fees when the bank voluntarily dismisses your foreclosure action.

Under Florida Statute 57.105, the court should award reasonable attorney’s fees, including prejudgment interest, to the “prevailing party” in a civil case where the court finds the losing party or the losing party’s lawyer knew or should have known prior to its presentation to the court that its case wasn’t supported by material facts or would not be supported by the application of then-existing law to those material facts.

The recent case of Tunison v. Bank of America, reviewed by Florida’s Second District Court of Appeal, was one such case.

Here, the appellate court reversed an earlier ruling denying his motion for coverage of attorney’s fees under the aforementioned statute.

Court records indicate the bank filed an action to foreclose on a property held by the homeowner. The mortgage agreement contained a provision that allowed for attorney’s fees to be paid to the bank by the homeowner in the event the bank was required to take action to enforce its rights under the terms of the mortgage.

The homeowner responded with a motion to dismiss, and within several months, the bank filed its own notice, voluntarily dismissing the action without prejudice. At the time of that voluntary dismissal, the court had not yet ruled on the homeowner’s motion to dismiss and the homeowner was never required to file an answer or any other pleading directed at the complaint.

Within a month of the bank’s voluntary notice of dismissal, the homeowner filed a motion for collection of attorney’s fees. In support of his request, he indicated that by reason of the voluntary dismissal, he was the “prevailing party,” and was therefore entitled to receive attorney’s fees from the bank. However, his motion lacked any reference to the provision of the mortgage about attorney’s fees and also failed to mention the specific Florida statute under which he was eligible to collect attorney’s fees.

Thus, the circuit court denied the order, and the homeowner appealed.

The bank argued that in addition to the circuit court’s reasoning that the request was legally insufficient, the notice of voluntary dismissal contained language that the dismissal was “expressly made conditional upon defendants agreeing to pay their own attorneys’ fees and costs.” Because the homeowner didn’t object to this or move to strike, the bank argued, he was precluded from now asking for attorney’s fees.

The appellate court, however, reversed. First, it rejected the trial court’s reasoning that the homeowner hadn’t properly requested attorney’s fees in his motion to dismiss because the motion is not a pleading. Because he was never required to file an answer to the complaint, he never had the chance to waive his claim for attorney’s fees.

With regard to the conditional language set forth by the bank in the voluntary motion to dismiss, the court held it could not be considered a valid agreement because the homeowner was not a party to the notice. Instead, the document was unilateral and self-serving. What’s more, neither the homeowner nor his lawyer ever signed it. That meant he wasn’t bound by it.

Therefore, the appellate court reversed, with a remand order for the lower court to hold a hearing and determine the reasonable amount of attorney’s fees to which the homeowner was entitled.